Tex Rickard was born in Kansas City, Missouri. His parents moved to Sherman, Texas when he was four. He became a cowhand and at age 23 was elected Marshall of Henrietta, Texas. He was married and had a son, both of whom succumbed to illness.

Gold was discovered in Alaska and he left Texas to get away from it all. In Circle City he became partners with Harry Ash. The two men staked several claims finally selling out for $60,000. They then opened the First Northern Saloon.

In 1904 he packed up and moved to Goldfield. Together with Ole Elliot and Kid Highley, the three men opened the Northern Saloon.

Rickard took to drinking and gambling. Some say he still suffered from losing his family. It cost him his share of the Northern. He recovered and became a professional gambler at the Monte Carlo Saloon. He earned a stake and moved to Nome in 1899. Again he opened a Northern Saloon. He met Wyatt Earp in Nome and they became lifelong friends.

By 1903 the Alaskan gold rush was slowing down. He moved to San Francisco where he heard about the big strike in Goldfield, Nevada. In 1904 he packed up and moved to Goldfield. Together with Ole Elliot and Kid Highley, the three men opened the Northern Saloon. The Northern had 14 gaming tables, 24 dealers and 12 bartenders per shift. According to the bookkeeper, Bill Murray, the Northern made $30,000 monthly in gaming and $12,000 monthly in liquor which was split among the three owners. 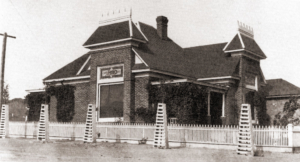 The Northern was located at the corner of Crook and Main Streets. The other corners had the Palace, Mohawk and Hermitage saloons but it was always the Northern with its affable owners who drew the crowds. With his new income Rickard built a red brick house in Goldfield with leaded glass windows and a white picket fence. It was furnished with upscale furniture.

In late 1904 Wyatt Earp’s brother, Virgil, made his way to Goldfield. Virgil tried making a living by gambling and was soon out of luck. Rickard hired Virgil to watch over high stakes gambling and then saw that he was made a deputy sheriff. However in 1905 Virgil came down with pneumonia. He died October 19, 1905.

Owners of saloons in Goldfield stood for financial security as much as banks.  Miners would often deposit their hard earned cash in saloons believing money was safer in a saloon than a bank.

Businessmen wanted to attract attention to Goldfield nationwide.  Rickard was picked to be the promoter.  Billy Nolan, manager of Battling Nelson, heard about Goldfield looking for a boxing match and sent a wire to Goldfield.  The wire was turned over to Rickard.  He wanted a fight between Nelson and Gans.  The offer of $30,000 would be put in escrow.  He raised the money putting up $10,000 of his own money.  Suspicious of Rickard, Nolan and Nelson hurried to Goldfield.  There they found $30,000 in $20 gold pieces stacked up at the John S. Cook Bank.  Gans showed up right behind Nelson and his manager.  The fight was set for Sept. 3, 1906.  A fight rink was built close to the graveyard.  The two fighters both chose to train in Goldfield.  Hundreds came to see the fight and every hotel in town was full.  The fight went on for 42 rounds and lasted a record 3 hours.

In October 1907 there was financial panic that created a run on the John S. Cook Bank.  Right away Tex Rickard sent wheelbarrows filled with silver dollars and stacks of U.S. currency to the bank.  This money was used to cover withdrawals.  The run stopped with the Northern’s cash flow.

Rickard wasn’t caught up in promoting prize fights yet.  During the years following 1907 he devoted himself to mining speculation, first in Rhyolite and then in Rawhide where he once again opened a saloon called the Northern!  In 1908 he sold his Northern Saloon in Goldfield to Kid Highley and then also sold him the red brick house.  Rickard left Goldfield for good.

He promoted a fight in Reno, Nevada in 1910 and then went to Paraguay to run a cattle ranch.  A year later he turned up in New York.  It is said he made Madison Square Garden a success and promoted million dollar fights for Jack Dempsey.

In January 1929 Rickard was in Miami Beach where he developed appendicitis.  He passed away January 6, 1929.  Wyatt Earp got out of his sick bed to send his old friend a get well telegram.  The exertion caused him to have a relapse and Earp died January 13, 1929,  just seven days later.

The Rickard house on Crook Avenue in 2018 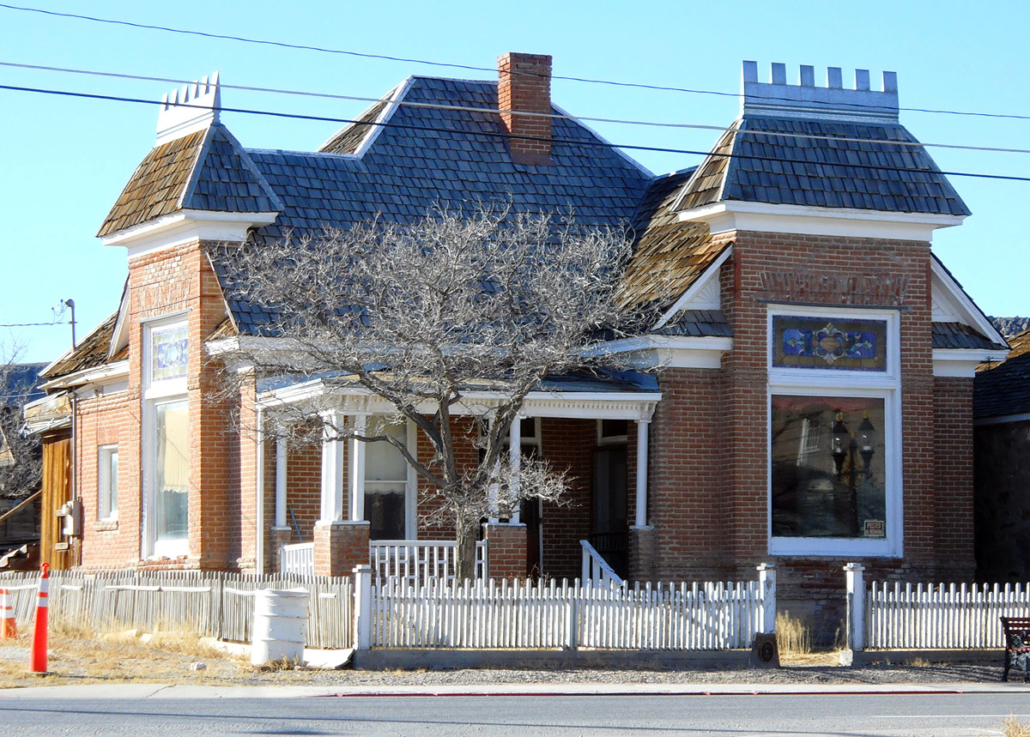 The Rickard house on Crook Avenue in 2018

When first built, the home was elegantly furnished and very posh… with oriental carpets, expensive wallpaper and fine appointments.  Interestingly, there was no kitchen.  Since Rickard was a wealthy man, and single at the time, he chose to eat out – choosing from the many restaurants that were available in Goldfield at the time.

While he may not have had a working kitchen, he did have a fine outhouse in the back yard built of brick to match the house.  There is nothing left of that little “necessary” except a warped, wooden frame.