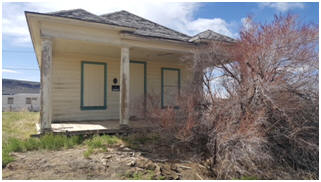 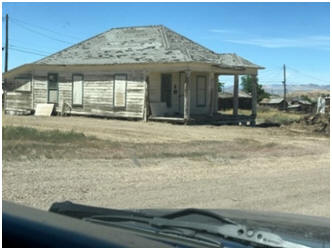 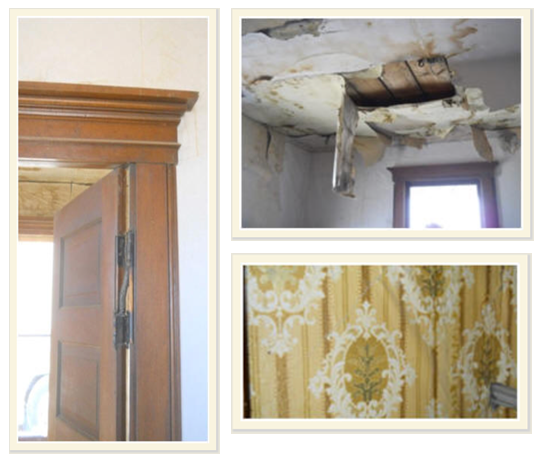 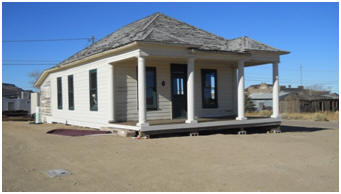 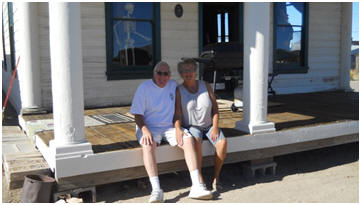 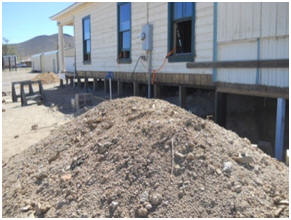 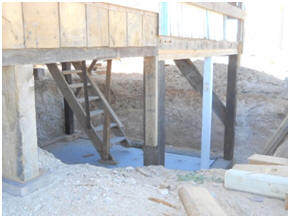 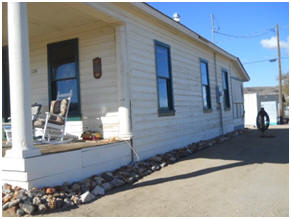 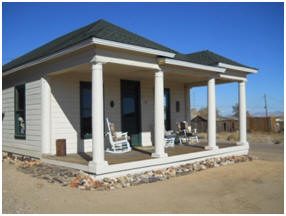 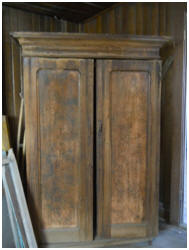 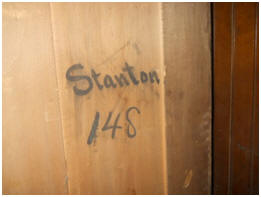 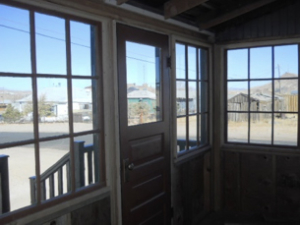 There was no relaxing for Bill and Sandy Beltz this past summer.  This year their efforts were directed to the back porch as well as the back room.  That meant windows… lots

of windows with individual panes that needed to be cut and installed.  Windows in the back room (destined to be Sandy’s sewing room) were problematic… how to open without crowding the room.  The answer was historical … with chain action.

And, finally, the finishing touch for the exterior this year … a lovely, serviceable deck and stairs.   Still lots to do, but they have big plans for the future. 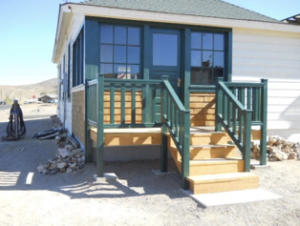 Bill and Sandy Beltz had plenty of work planned for the Stanton House this summer.  However, due to the virus, they found themselves locked down in Washington longer than expected. 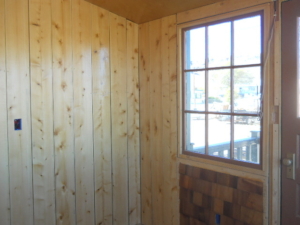 So, much of the work they planned for the interior of the house went by the wayside.   And, to make matter worse,  Sandy ended up being rushed to Las Vegas for emergency surgery that stuck her on the sidelines.  (Recovery is slow but steady.)  Fortunately, their teen Grandson, Dawson, was able to spend part of his summer here in Goldfield.  He was a great helper and also made many friends here, too.

They did manage to complete the back porch using leftover shingles and lots of creative ideas.   Bill spent a LOT of the summer crawling around under the house  (not his favorite job!) replacing electrical wiring and installing much needed plumbing.   Next year will be a work fest!